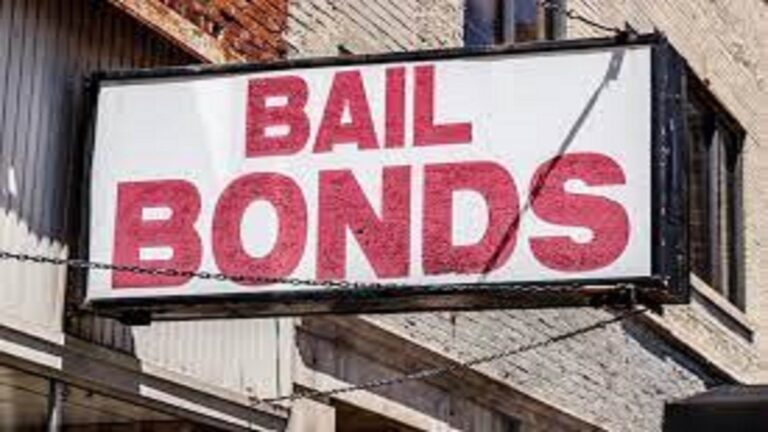 How a Bail Bondsman in El Reno, Oklahoma, from a Private Investigation Agency in Oklahoma Can Weed Out Bail Jumping Clients Needing Bail Bonds in Mustang, Oklahoma

A Bail bondsman in El Reno, Oklahoma, who works in a private investigation agency, is privy to more information than an ordinary bail bondsman. They can know which client has also committed bail jumping and see if they should or should not work with the client.

it is essential to be aware of what bail jumping means.  This is before a bail bondsman in Oklahoma City decides to carry out a private investigation to know a client who has previously jumped bail.

What Is Bail Jumping?

The defendant jumps bail if they skip the hearing or doesn’t maintain complete sobriety throughout the release on bail. Forfeiture of bonds is the result of bail jumping. But on occasion, bail jumping alone can constitute a felony.

However, bail jumping can be tried as a separate offense in state and federal courts. A defendant who does not appear in court will therefore be held accountable for their initial crime, risk losing their bond, and could even be charged separately with bail jumping. Being acquitted of the primary accusation, you failed to appear is not a valid defense against the bail jumping charge.

Though you skip subsequent court sessions. Bail jumping charges may still be brought against you even if you appeared at your initial court appearance. This makes it essential for the best bail bondsman in Norman, who also works in a Private investigation agency in OKC, to know if their client has previously jumped bail.

How the Bail Bondsman in El Reno, Weed Out Bail Jumping Clients

Now that the bail bondsman knows what bail jumping is, finding out if their client has already defaulted is pretty straightforward though it is not easy. But, getting this information with the help of the PI agency they already work in is easy in these steps:

This searchable database is helpful to a bail bondsman in El Reno, Oklahoma. It helps them get the information they need regarding their clients. Only licensed private investigators have access to several high-quality databases, like Accurint and TLO, which aggregate data from various sources. So, these prove helpful in weeding out bail-jumping clients.

Court documents from the present and the past offer a wealth of knowledge about a person’s history. A bail bondsman in El Reno, Oklahoma, can use these to know if their potential client has previously received bail bonds in Oklahoma.

So, you should not discount the usefulness of civil cases. Although criminal records may be the ultimate source of pertinent data for information. Conflicts with coworkers, litigiousness, and charges of sexual harassment can reveal a lot about a person’s character. It also lets you know if your client has been previously indicted or granted bail.

Whether you like them or not, social networks are becoming increasingly popular daily. There are hundreds of different niche social networks in addition to the most well-known ones. Social media sites remain a goldmine of information.

Although users are getting more selective about the material they publish. As a bail bondsman in El Reno, Oklahoma, you can find out information about your client by searching their name and seeing what comes up. You can get more information than you think.

Contrary to popular belief, most historical news coverage cannot be accessed online without paying a significant charge. You can access millions of current and historical news articles through services like LexisNexis, Factiva, and Proquest, each of which contains a broad selection of news publications not publicly available on the Internet or through Google.

Some private investigation agencies can help bondsmen seeking to give bail bonds in OKC the information they need regarding a client through news sources. Most times, a person who has jumped bail is sometimes made aware to the public through the news, and it can prove helpful in the future.

A few examples of the records accessible through various state and federal government agencies are:

Additionally, there is a fair likelihood that you can ask for the information under the federal Freedom of Information Act or other state laws if it is not instantly accessible online. Most PI agencies have people that can help them access this governmental database which can help in knowing if your client is a bail jumper.

We like to refer to this as human intelligence. It can take many forms, such as surveillance, contacting sources, or conducting interviews with someone’s neighbors, coworkers, or former acquaintances. You have no idea of what information people are willing to divulge. As a private detective, it can be beneficial to use your intelligence to help yourself find information before you give out bail bonds in Mustang, Oklahoma.

A bail bondsman in El Reno, Oklahoma, who works in a Private investigation agency needs to know how to get information from the Internet. There is a wealth of knowledge available on the Internet, with more than 1,300,000 domains and a staggering number of pages. So, you can use it to find information about your client there. It is challenging but worth it.

No one wants to be a bail bondsman in El Reno, Oklahoma, who helps a person gets bail only for them to jump bail. It is essential to conduct prior research about an individual you want to help post bail, and research is necessary.