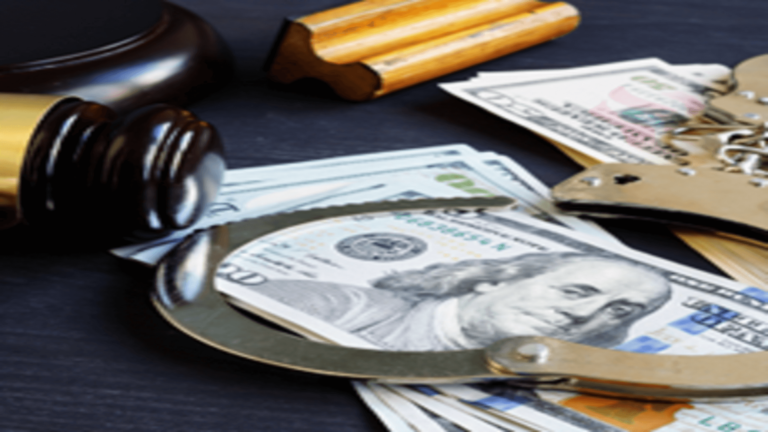 Receiving a call from a loved one, friend, or family about being in jail can be disheartening news. It is even worse if you are the one in prison. Different thoughts on how to get yourself or them out of jail will be the following flow of thoughts. An option for getting bail is possible, but when the bail amount is too large, looking for a bail bondsman to help is the perfect solution.

The bondsman in Norman will be willing to pay the bail fee needed to get your loved one out of jail until their next court date arrives. But, a contract is often required in this situation. Some bail bondsman places a percentage of 10 to 15% of assets as collateral before accepting to be a bail bondsman for you.

So, before entering into this contract, you need to know how to get the best bail bondsman in Norman, Oklahoma.

Make sure you comprehend their costs and bail posting requirements once you have started your hiring process. You want a bail bondsman who is honest and open about the costs and the services they offer. Doing this will help you know precisely what you are getting yourself into.

In the contract, your bondsman in OKC presented, check if their fees have been specified. The charges should be listed depending on whether you hire an individual or agency for the bail posting. 10% of the ball is often the amount required for you to pay. Some bail bondsman specifies up to 15%. Additional fees may also be required. Ensure you are aware of these before settling on a bail bondsman.

For as long as the bond is in force, certain bondsmen may try to charge you an annual premium. Avoid them at all costs because they stand to gain more from you in this manner. They do not put your best interests at heart.

Some bondsmen or bail agencies may impose additional terms in addition to the primary bond. Treatment for substance abuse is one of these, as is the need for the defendant to submit regular reports. Before you agree to the terms, be sure you and your loved one know what they mean.

Attorney Referral of the bondsman

Most attorneys have bail agencies or bail bondsmen they have worked with in the past. They also know most of these bondsmen. So, they will likely refer you to one who is good. The person in jail should have a defense attorney who can give you this referral you need, or if the person does not have one, you should get a defense attorney for them.

The defense attorney will help in posting the bail. Also, the bondsmen you get referrals from through an attorney will likely have a better outcome. You can save up considerable money because of the preexisting relationship between the attorney and bail bondsman.

Another thing that will help you choose the best bail bondsman is checking reviews. These reviews are usually available online. People have agreed that reviews are an excellent way to know about a business or brand. It also lets you know if you should go ahead to work with the bail bondsman or not. The people posting the reviews have personally had an experience with the bondsman, agency, or their loved one.

A sign for you to look elsewhere is if there are negative reviews. Since most bondsmen have websites or social media pages, the person you are thinking of hiring may not be different. Check the comments and reviews to know more about how the bondsmen work, their speed, timeliness, and how they post bail. Bail bonds by Tamara certainly have good thoughts for you to check out.

Think About a Bail Bond Company

Employing a private bondsman carries some risk. You might consider working with a more central agency to safeguard yourself. Bail bond companies make it a priority to protect the privacy of your information. Additionally, they have the staff and resources required to handle your case far more effectively. You’ll end up with time savings and headache avoidance.

Larger agencies like Bail bonds by Tamara can simplify the procedure since they have better ties with lawyers and court personnel. They quickly post bail bonds in OKC. You might have to go through extra hoops if you use a private bondsperson to close the deal.

You will frequently hear about bail bondsmen with reasonable prices, and you can decide that this is the ideal option for your project. Some people might charge a bail fee of 5% or less. These businesses most likely won’t have the same level of expertise as others. They might not also enjoy the best reputation. They might also be dishonest or break the law. Therefore, avoiding them is a good idea because they may only be trying to draw you in for a while, not being able to fulfill their obligations.

It is a brilliant idea for the person in jail to know or get along with a jail officer. The reason is that they are also acquainted with many of the bail bondsmen in Oklahoma city and are aware of the respectable ones. Additionally, they can help recommend the best bail bondsman in Norman and reduce bail costs. When it comes to court, these kinds of police officers can be helpful.

There is a possibility that your attorney could try to persuade the judge to reduce your bond amount. There’s a reasonable probability that a person won’t require bail if the judge releases them on their recognizance. Frequently, a list of bail bondsmen in El Reno, Oklahoma, the court suggests will be included when a judge sets a price. These bondsmen constantly cooperate with defendants and the court, much like the ones that lawyers propose.

Getting a bail bond in Oklahoma is not difficult if you follow the suggestions listed here. Like Bail bonds by Tamara, you can get in touch with a bail bondsman willing to help you out in a timely manner.